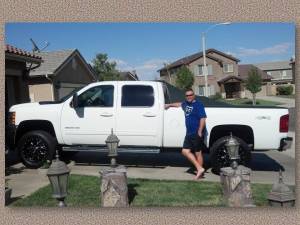 Steve’s Gonna’ be styling this duck season. Clean truck with a muddy future! Enjoy it.

Hello, I would like to tell you something about myself. I like interacting with the customer, helping them find solutions, and to that end I know my product line and how it will benefit my customer. So I pursue staying current with product knowledge certifications, and I have been this way since 1975, when I first entered the Car Business. This was also essential in my Insurance Sales experience especially since we had to create our own customer base to work with. Because of my background I put great emphasis on developing nests, referrals, and community involvement. If we have worked together in the past I hope this has been your experience. If we have not worked together yet, you may have a need now. Please contact me using my email or mobile phone number. Thank you, it is a pleasure to serve you.

The latest news on WordPress.com and the WordPress community.